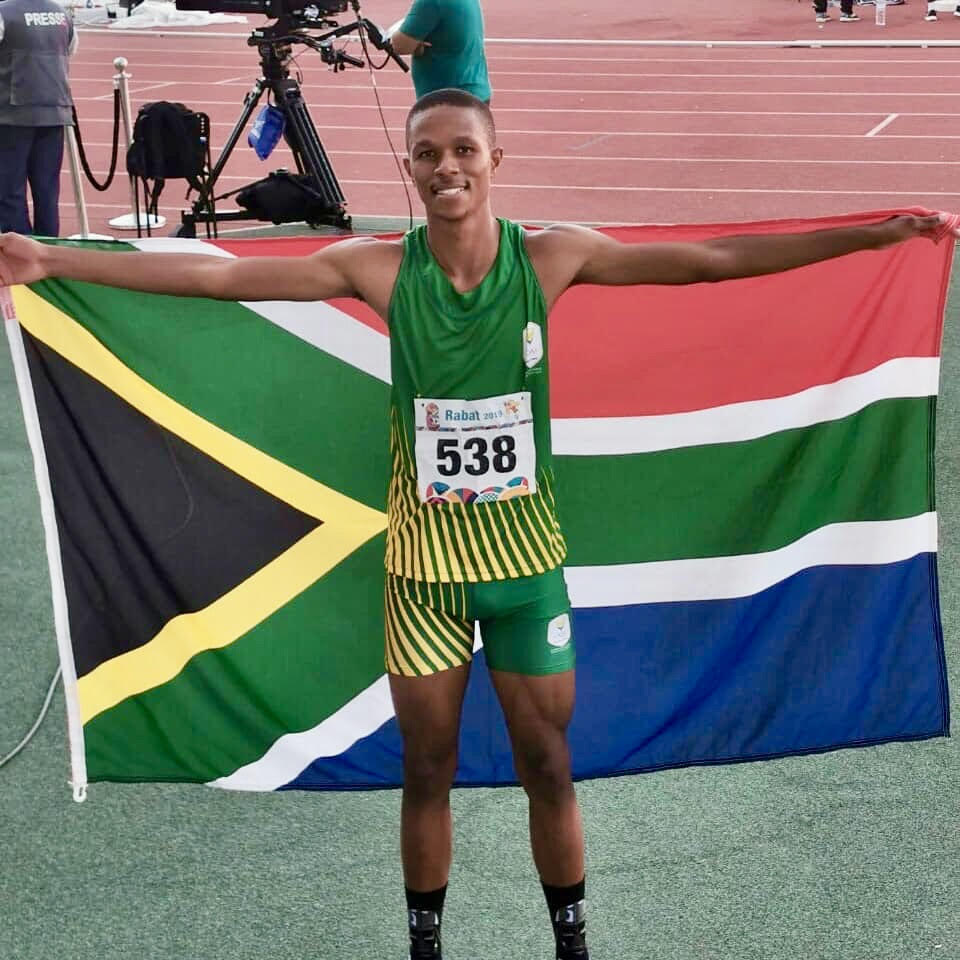 Here’s a look at the performances from day 5:

Zeney van der Walt and Wenda Nel were in action in the hurdles and both fell just short of the medals. Van der Walt was closest finishing 4th in a time of 57.67 seconds in a photo-finish with the 3rd place finisher running a time of 57.66 seconds. Nel finished in 6th place with a time of 58.01 seconds.

Ischke Senekal and Meike Strydom were carrying SA’s hopes in the Shot Put final. Senekal who finished 3rd in the Discus Throw final on day 4 finished a spot better in 2nd place with a throw of 16.18m. Meike Strydom took her opportunity and finished behind Senekal throwing to the distance of 14.64m for 3rd place.

Anaso Jobodwana was the only sprinter in an individual final on day 5. Jobodwana gave a solid performance to finish with a well-deserved bronze medal in a time of 20.56 seconds missing out on silver by a whisker with Nigeria’s Oduduru snatching 2nd place in 20.54 seconds. Zambia’s Sydney Siame pulled clear of the field running 20.35 seconds for the gold medal.

The High Jump final produced SA’s first gold medal for the African Championships in the athletics competition. Team SA’s Mpho Links and Breyton Poole tag-teamed the rest of Africa in pursuit of the continental title. Links won SA’s first and only gold medal in the competition with a height of 2.20m and the youngster Poole showed his championship mentality to finish in 3rd place. Poole was equal with Kenya’s Kiplagat Sane but was beaten on count back.

Team SA’s ladies 400m quartet stepped out in the 400m relay in the 2nd last race of the competition and despite putting in a brave fight they managed to only finish in 5th place with a time of 3:41.17.

The SA men’s team came into the final as the favourite team to win the gold in this race, and after the heat was cancelled on day 4 it seemed to play in their favour. The quartet gave it their all in the final and finished in 2nd place in 3:03.18! Botswana proved slightly stronger claiming the title away from SA with the two Southern Region teams pushing each other to the finish line.

Team SA finished in 10th place on the overall athletics standings winning a total of 17 medals (1 gold, 6 silver and 10 bronze).

Well done to all the athletes, coaches, manager and support staff who were wearing the green and gold in Morocco. Your sacrifice is appreciated.